10 street foods you need to try in Taiwan

10 street foods you need to try in Taiwan

Taiwanese xiǎochī, or “small eats”, are justly famed, and no trip would be complete without several street food feasts. Night markets are among the best – and cheapest – places to try a selection, and you’ll want to leave plenty of time to go from stall to stall to seek out the best.

Night markets are a quintessential part of the Taipei food experience. Shilin Night Market is the city’s oldest, largest and most popular, dating from 1910. There are vast arrays of cheap xiǎochī on offer here, from oyster omelettes to stinky tofu. Also worth visiting is Gongguan Night Market, where must-try dishes include the delicious buns (bāo) at Yuanbao and Lan’s Steamed Sandwiches. The most celebrated stall, however, is Chen San Ding Pearl Milk, specializing in pearl tea (qīngwā zhuàng nǎi). This milky tea with large, chewy tapioca balls was invented in Taiwan in the 1980s before being popularised worldwide. 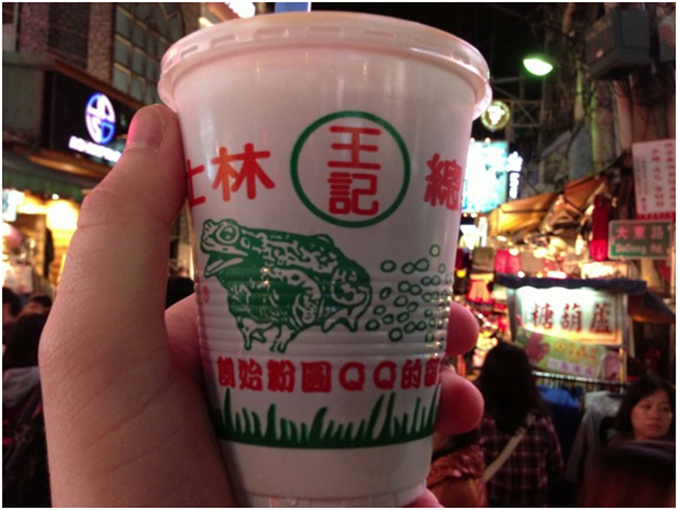 #tastierthanitsounds by Karl Baron / CC BY 2.0

Tamsui is famous throughout Taiwan for its delicious snack food, and makes an easy day trip from Taipei. Favourites include fish crisps (yú sū) sold in packets all over town, fish balls in soup (yúwán tāng) and “iron eggs” (tiě dàn), chicken or dove eggs marinated and boiled in soy sauce and spices until they shrink, harden, and turn black, and). Gongming Street, running parallel to the riverside from the station, is packed with stalls and there’s even a Fish Ball Museum.

Keelung’s night market is one of Taiwan’s culinary highlights and by far the best place to eat in the city. Today rich in seafood, tasty rice noodles and mouthwatering fruit ice stalls, the market dates from the late Japanese occupation era; each stall advertises its main dishes in english, and it’s open around the clock. Try the “pot side scrapings” (thick rice noodles in a mixed seafood broth) at Ding Bian Cuo, one of the oldest stalls in the market. 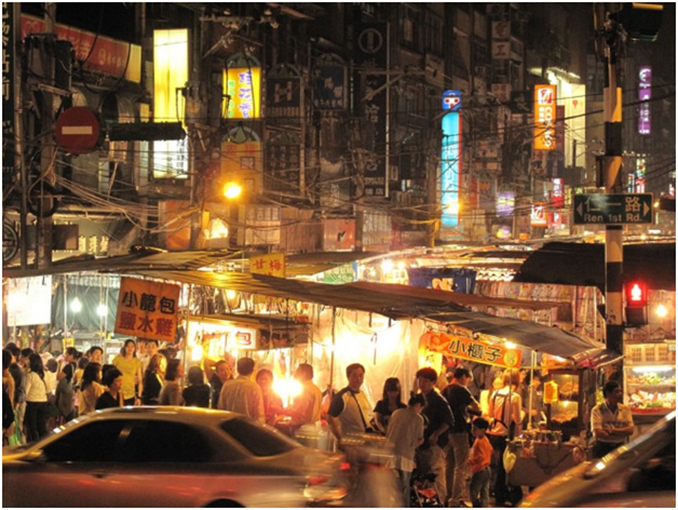 Eating in the northern city of Hsinchu is lots of fun as the city is renowned for its culinary specialities: pork meatballs in soup (gòngwántāng), rice noodles (mĭfēn) and stuffed meatballs (ròyuán), especially at the food stalls in and around Chenghuang Temple Night Market. Head to Wang’s Oyster Omelet for oyster omelettes and Ah-Cheng Rice Noodles for rice noodles and meatballs.

Sampling the famous snacks on Jishan Street is an essential part of any visit to Jiufen, with fish ball soup, taro balls and roasted mushrooms the most celebrated. Make time, too, for a trip to one of the atmospheric teahouses – Jiufen Teahouse is one of the best, occupying a gorgeous old mining bureau’s headquarters dating back over 100 years (though the teashop opened in 1991). Make sure you get a wooden booth with a view, or have your tea outside on the terrace. 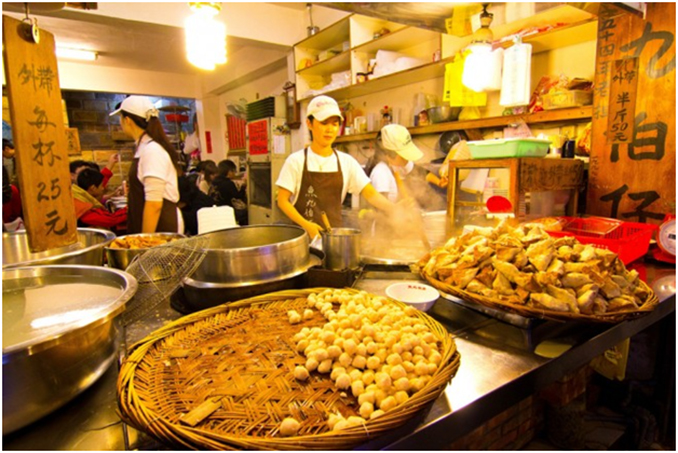 Lugang, one of Taiwan’s oldest port towns, specializes in xiǎochī. Favourites include oyster omelettes (é a jiān) and “shrimp monkeys” (xiāhóuzi) – mud shrimp fried with basil. Try them at the stalls and restaurants in front of Tianhou Temple then move on to a cakeshop or bakery for an ox-tongue biscuit (niúshébǐng), a sweet flat pastry that vaguely resembles a tongue

Taichung is an excellent place to gorge on Taiwanese food and the night markets offer a good introduction to the local specialities. As well as excellent savoury dishes, travellers with a penchant for something sweeter won’t be disappointed, with Ziyou, Zhongzheng and Minquan roads crammed with cake shops selling suncakes (tàiyáng bǐng) – flat, crumbly pastries filled with sweet wheatgerm, honey or taro paste. 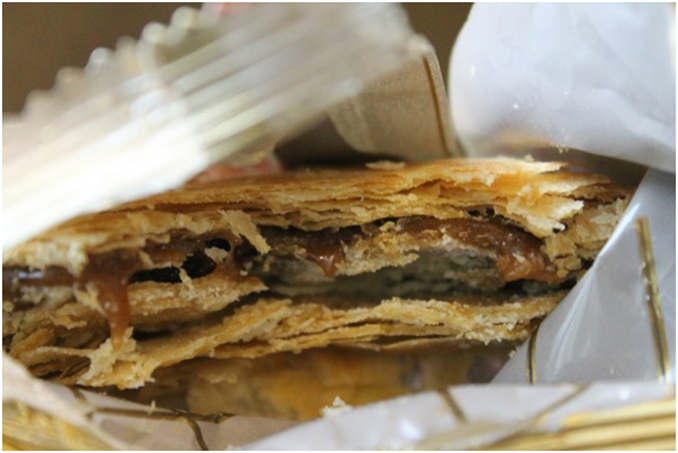 Taiwan’s former capital is home to some of the country’s best street food and many of its dishes are favourites that are famous island-wide. Dānzǐmiàn (or “peddler’s noodles” with pork, egg and shrimp) is probably the best-known dish, created in 1895 by hawker Hong Yu Tou – the name recalls the shoulder poles he used to carry the noodles to market, while the brand he created, “Slack Season”, is a reference to the slow season for fishermen, when his noodles were a way to make food last. The the city’s other snack foods are equally renowned and include milkfish, eel noodles, oyster omelettes, shrimp rolls and “coffin bread”, hollowed-out thick toast filled with a creamy mix of vegetables and seafood. 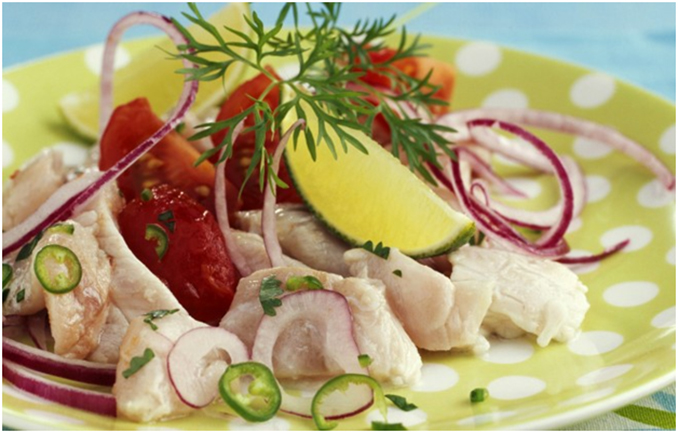 The best food in the world - and where to eat it 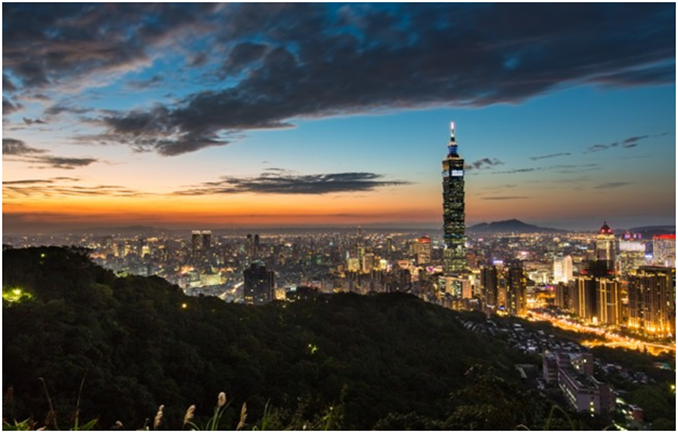 From mountains to markets in Kaohsiung, Taiwan

Hualien is known throughout Taiwan for muaji – cakes made of sticky, glutinous rice and stuffed with sweet fillings – and biǎnshí, a type of wanton or dumplings in soup, filled with pork and shrimp. Its night markets are great places to try these and other dishes – the most central is the small but diverse Ziqiang Rd Nightmarket, while Nanbin Night Market is bigger but harder to get to. 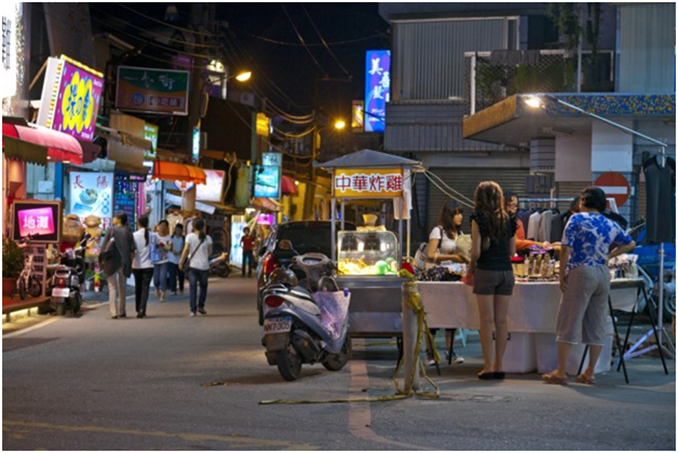 Not one for the finicky, pigs’ blood soup (zhūxiě tāng), a thick broth filled with diced cubes of congealed pig’s blood, is one of Taitung’s specialities – try it at the lively Sunday night Siwei Rd Night Market. Taitung is also known for its amazing variety of fruit, most famously the custard apple (shìjiā), which you can buy at the “Fruit Market”, on the long stretch of Zhengqi Road between Zhongshan and Boai roads.

Explore more of Taiwan with the Rough Guide to Taiwan. Compare flights, find tours, book hostels and hotels for your trip, and don’t forget to purchase travel insurance before you go.