Most of Taiwan has beautiful warm climate all year round. You can leave your winter coat behind but are advised to bring an umbrella.

The north part of Taiwan belongs to sub-tropical climate zone, while the south part belongs to the tropical climate zone. Winters are warm and summers are hot and wet, with typhoons and thunderstorms. Because Taiwan is a relatively small island, the ocean breezes have a cooling effect so it never feels too hot. Please note that the high alpine areas like Alishan do get cold.

The average amount of rainfall is about 2,500 mm per year, most of which come in the form of typhoons. At least three to four typhoons hit Taiwan every year, providing much of the water supply, but also causing damage, flooding, and landslides. Generally, typhoons happen frequently from July to September.

Because Taiwan is on the tropical zone, it is subject to more rain than most other areas, but showers are short lived and blue skies prevail on most days.

The island lies on an earthquake fault line, and there have been big earthquakes in modern times.

Weather: Spring is from March to May. In Taipei, the average high temperatures average about 25 degrees Celsius or 78 degrees Fahrenheit.

Clothing: It generally feels warm during the day, and long-sleeve shirts are fine.

Special seasonal highlights: Hiking in Taiwan’s high mountains (about 240 mountains over 3,000 meters) is an option before the summer typhoon season. You can also head down to the southern beaches to bask in the sun. You can climb Yangmingshan Hill to see the cherry blossoms.

Weather: Summer is from June to August. It is usually hot and humid, and there are occasional thunderstorms and typhoons. The average temperature in summer is about 30 °C (86 °F).

Things to do: Summer is a time to head for the beaches. When there are storms out at sea or after a typhoon, people can go and surf.

The Computex Taipei (Taipei International Information Technology Show) in June is a favorite tourist highlight. It is the world's second biggest IT show, and it is the largest in Asia.

Weather: Autumn is from September to November. The weather is cooler but still warm and sunny, and October and November has relatively less rainfall, and it is still warm.

Special seasonal highlight: It is a fine time to head up to the mountains to see the fall foliage.

Weather: Winter is from December to February. Winters mild and often foggy due to the northeasterly winds from Siberia.

Around Taipei, low temperatures can approach 8 °C (46 °F) at night, but there may be warm spells also.

Clothing: Prepare a coat and an umbrella. Wearing layers is a good idea.

Special seasonal highlight: The Chinese New Year usually falls in late January or early February. Streets will be colorfully decorated for the event. 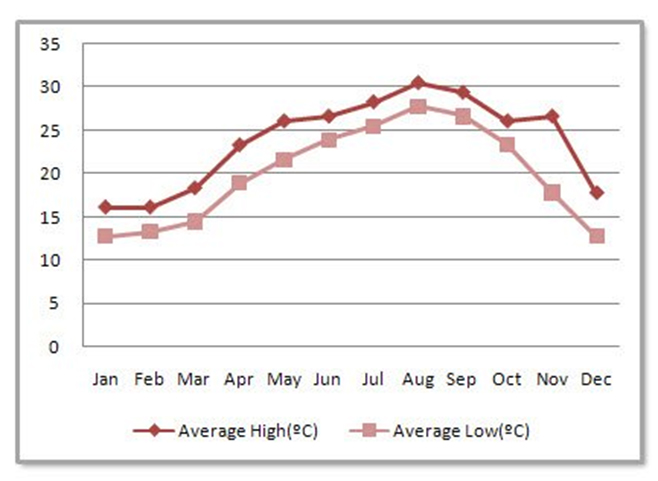 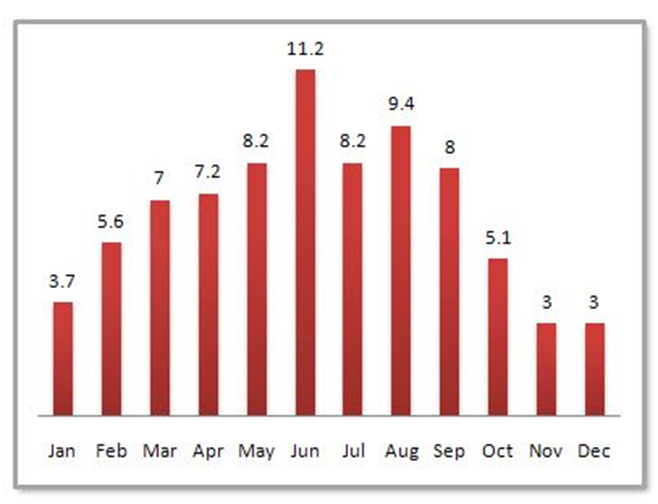